The AAPI Heritage Month guide features open and licensed resources, including current facts, print books, and electronic resources (eBooks, streaming media, digital archives, etc.). Below are a few of the featured resources. More information of interest may be found in the Asian Studies guide.

“Per a 1997 U.S. Office of Management and Budget directive, the Asian or Pacific Islander racial category was separated into two categories: one being Asian and the other Native Hawaiian and Other Pacific Islander.” (U.S. Census Bureau, 2022). In 2020, the estimated number of Asian alone or in combination in the United States was 24 million (U.S. Census Bureau, 2022).

“Part memoir and part cultural criticism, this collection is vulnerable, humorous, and provocative–and its relentless and riveting pursuit of vital questions around family and friendship, art and politics, identity and individuality will change the way you think about our world.”

Winner of the Asian/Pacific American Award for Children’s Literature. “In the companion novel to the beloved and award-winning Amina’s Voice, Amina once again uses her voice to bridge the places, people, and communities she loves across continents.”

Permutations of a Self by Thomas V. Nguyen
College Station: Texas Review Press, 2020

“Much of the poetry comes from Nguyen’s imperfect memory of himself and others as it changes over time.” “The poetry in this manuscript is about accepting that and reconciling what it means to be part of his family.”

“This book sheds light on experiences relatively underrepresented in academic and non-academic sports history. It examines how Asian and Pacific Islander peoples used American football to maintain a sense of community while encountering racial exclusion, labor exploitation, and colonialism.” 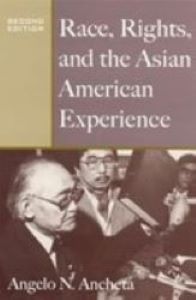 In 1978, Asian/Pacific American Heritage Month was first declared to commemorate two important milestones in Asian/Pacific American history: the arrival in the United States of the first Japanese immigrants (May 7, 1843) and contributions of Chinese workers to the building of the transcontinental railroad, completed May 10, 1869.

Asian Americans is a term for immigrants who came from the continent of Asia, and for the modern Americans who are descended from them. Asian immigrants are diverse in their ethnicity, religion, and politics, but they share the experience of leaving their homes to come to the U. S. to make a new life, enriching it by bringing their varied cultures with them. Asian alone-or-in-combination residents in the United States are the fastest-growing race group from 2000 to 2019. The estimated number of Asian Americans in 2019 was almost 23 million (US Census Bureau and Asian Pacific American Heritage Month).

Here are some highlights from our research guide for Asian/Pacific American Heritage Month – digital archives, streaming videos, and ebooks!

Angelo N. Ancheta demonstrates how United States civil rights laws have been framed by a black-white model of race that typically ignores the experiences of other groups, including Asian Americans.

A Thousand Miles of Dreams is an evocative and intimate biography of two Chinese sisters who took very different paths in their quest to be independent women.

Asian America: Chinese and Japanese in the United States since 1850 by Roger Daniels – Seattle: University of Washington Press, 2011.

“In this important and masterful synthesis of the Chinese and Japanese experience in America, historian Roger Daniels provides a new perspective on the significance of Asian immigration to the United States.”