Oscar Shaftel was one of the original faculty members when Queens College opened its doors in 1937. He was beloved by students and known for his meritorious service as a member of the United States Air Force during World War II.

In 1953 he was one of three Queens College faculty members fired for citing the Fifth Amendment and refusing to answer questions about Communist affiliation in academia before the Senate Internal Security Committee. This McCarthyistic purge had long-lasting repercussions for Queens College, New York State, and more personally, Shaftel’s family. Through it all, Shaftel never gave up the fight for restitution, which he finally won thirty years later.

The Oscar Shaftel and the Menace of McCarthyism digital exhibit uses primary sources to shine a light on this dark and debilitating chapter in American history, as well as the heroic fight waged by Shaftel and others for democratic, First Amendment rights. It is curated by Shaftel’s daughter, Ann Shaftel, who contributes personal memories and never-before-seen documents that will be donated to the Queens College archives. The exhibit is co-curated by Head of Special Collections and Archives, Annie Tummino, and designed by Web and Digital Services Librarian, Robin Naughton. Contact qc.archives@qc.cuny.edu for more information, or to request a guest speaker or class presentation. 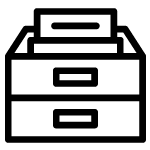