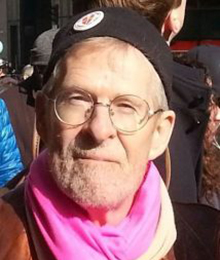 Mr. Chitty came to Queens College Libraries in 1984 as Assistant Professor and Library Systems Planner. Once Rosenthal Library opened in late 1988, he converted to an administrative line and assumed duties as Library Systems Officer, a position then almost unique in the City University. Over the years he also served as Acting Acquisitions Librarian and Acting Head of Technical Services; taught “Introduction to Computers for Librarians” in the Graduate School of Library & Information Studies; chaired the library’s Committee on Assessment & Performance Measures; and served as Adjunct Acting Assistant to the Acting Chief Librarian for Temporary Services. He now serves as Assistant to the Chief Librarian for Special Projects, currently assessing the college’s Federal Depository Library Program.

He is active in the teachers union around issues of health & safety and contract enforcement. He helped organize the Queens College Unions Joint Committee on Quality of Work Life, which has met monthly for more than a decade, and is the only cross-union committee in the City University. With his wife Priscilla Murolo, he co-authored From the Folks Who Brought You the Weekend: A Short Illustrated History of Labor in the United States, now in its second edition (The New Press, 2018). He has been active in the antiwar veterans movement since he was discharged from the Navy in 1969, first in Vietnam Veterans Against the War and now in Veterans For Peace, and in the broader movement for peace and social justice.

He is married and has two stepsons and two grandchildren.