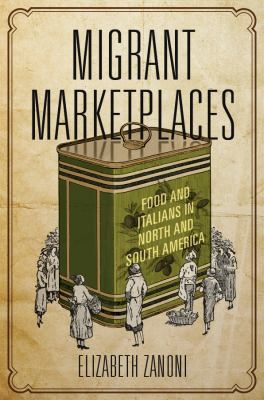 The month of October has been designated Italian American Heritage month. Although overlapping with Hispanic Heritage month, it was chosen in 1989 by presidential decree to overlap with Columbus Day on October 11th.   For many, it is a time to reflect on Italian Americans’ many contributions and to enrich their understanding through lectures, readings and events.  It is also a time to explore through publications and media outlets the changes and new attitudes felt in the field by this group as they touch on its history, sociology, art, culture and literature.

For a few years now, Italian American authors have been exploring new directions in their scholarship which can be best understood from watching a recent segment of  Italics (Television for the Italian American Experience a monthly presentation co-produced in collaboration with the John D. Calandra Italian American Institute).  In the video. Queens College Professor and the Dean of the John D. Calandra Institute Anthony Julian Tamburri, as well as Queens College Distinguished Professor of Italian American Studies Dr. Fred Gardaphé, are in conversation with  Calandra’s Director of Academic and Cultural Programs, Dr. Joseph Sciorra, and  York College Professor Dr. Donna Chirico.   As leaders in their fields and from their broad and wide-reaching perspectives, they discuss what they see as a greater emphasis on transnationalism, gender, sexuality, whiteness and colonialism.  Current day scholarship is leaning towards a better understanding of our past, to help explain our emigration, immigration and human experiences.  Here are some books and media productions that bear this out:

Napoli/New York/Hollywood by Giuliana Muscio Call Number: OnlineISBN: 0823279405Publication Date: 2018-10-30‘Napoli/New York/Hollywood is an absorbing investigation of the significant impact that Italian immigrant actors, musicians, and directors–and the southern Italian stage traditions they embodied–have had on the history of Hollywood cinema and American media, from 1895 to the present day. Included are such well-known directors and actors as Francis Coppola and his sister Talia Shire, John Turturro, Nancy Savoca, James Gandolfini, David Chase, Joe Dante, and Annabella Sciorra.’

i-Italy   ‘A guide to everything Italian in America.” A fascinating bilingual blog/magazine/website of information and video clips, the project of the John D Calandra Italian American Institute.